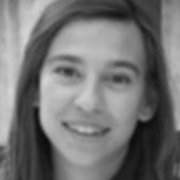 Dr. Vasiliki Triga holds a PhD in Social and Political Sciences from the European University Institute in Florence. From 2007 until 2011 she worked as a senior researcher at the Centre for Research on Direct Democracy (c2d) at the University of Zurich. She has been teaching as a temporary lecturer at the University of Zurich and the Swiss Federal Institute of Technology of Zurich (ETHz).Before, she has been a visiting fellow at the Laboratoire d’anthropologie des institutions et des organisations sociales (LAIOS) at the CNRS (Paris) and the Aristotle University of Thessaloniki (Faculty of Psychology). She is also a research coordinator at the e-Democracy centre (e-DC) in Zurich since 2006. She has been a Lecturer of Social Psychology at the Cyprus University of Technology, Department of Communication and Internet Studies from September 2011. In August 2015 she been appointed as an Assistant Professor. Currently she is the Project Coordinator of the Cohesify.